Below NU Press is pleased to reprint the introduction to Merleau-Ponty’s Developmental Ontology by David Morris, professor of philosophy at Concordia University and author of The Sense of Space.

Sense, Development, and the Phenomenology of Nature

“Nature thus interests us neither for itself nor as a universal explanatory principle, but as an index of what, within things, resists the operations of free subjectivity, and as concrete access to the ontological problem. If we refused to grant any philosophical meaning to the idea of Nature, and if we reflected directly on being, we would risk placing ourselves immediately at the level of the subject- object relationship, which is an elaboration and secondary, and we would risk missing an essential component of being: brute or wild being which has not yet been converted into an object of vision or choice. It is this that we would like to rediscover.”
—Merleau-Ponty, “Nature or the World of Silence” (“NMS”), 53 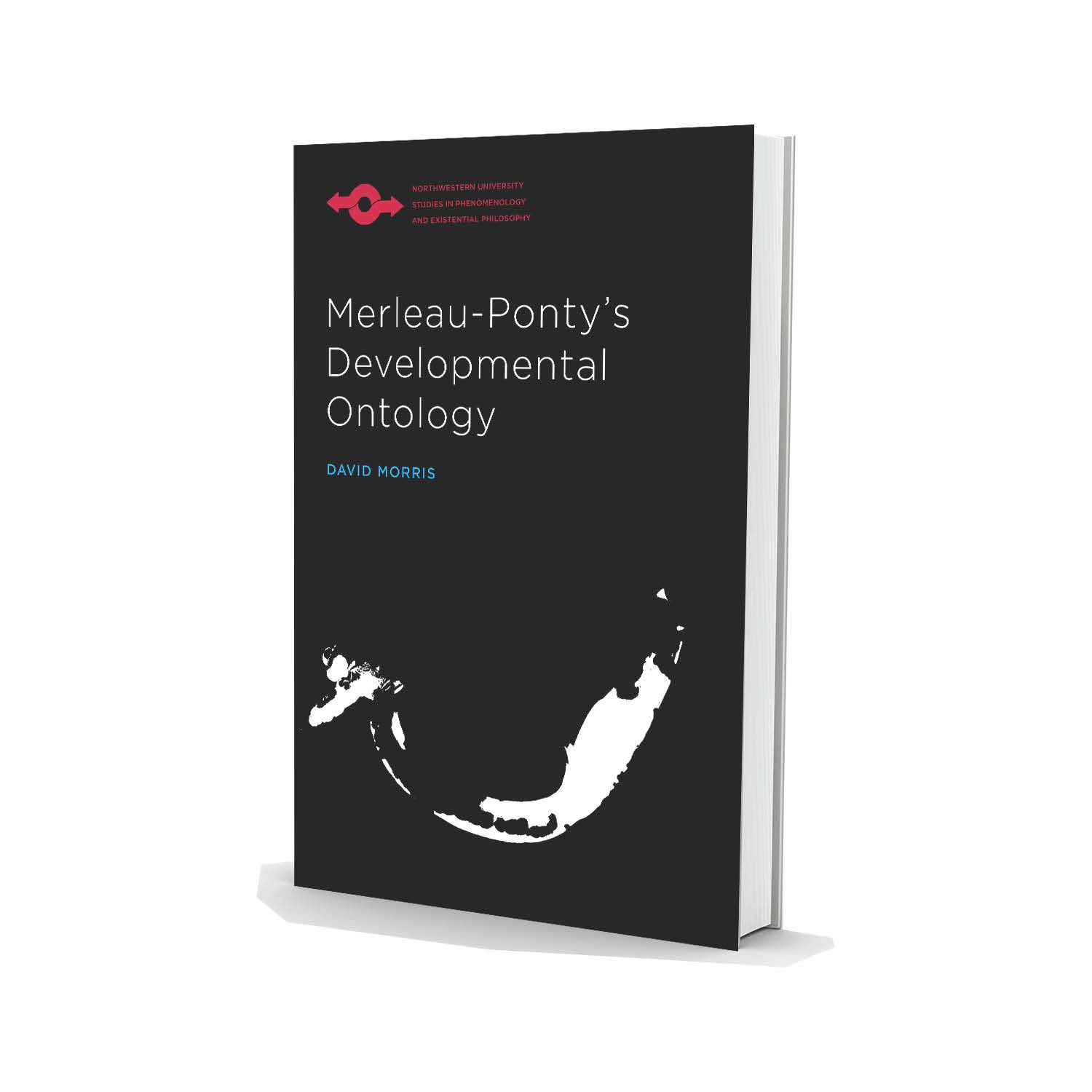 This book articulates three overlapping philosophical themes— sense, developmental ontology, and the phenomenology of nature— that, I argue, are crucial to Merleau- Ponty’s philosophy, even if Merleau- Ponty did not in his lifetime succeed in fully elaborating these themes himself or do so under precisely these headings.

In a nutshell, sense is Merleau-Ponty’s concept of meaning as manifest within being itself, versus meaning as an ideal or nominalist imposition on being. It is one of his earliest and greatest discoveries, and the problem of the being of sense pervades the rest of his philosophy. What I call developmental ontology is, I argue, entailed by the being of sense and is implied by Merleau- Ponty’s own work. This is an ontology in which the fundamental term is not, for example, substance, matter, or idea, but a movement I call development, through which being engenders determinate, interrelated differences, together with their differential context, thereby enabling a sense within being. Phenomenology of nature is my name for a deepening of phenomenological method demanded by the problem of sense.

This new method is required because, as Merleau-Ponty increasingly realized, philosophy is liable to misconceptualize sense, a meaning manifest within being, if it reflects on being from above, from within subjectivity. Philosophical reflection must be radicalized, which for Merleau-Ponty means that philosophy must reflect on its own roots in being (its radix, the Latin word for “root”). This also means grasping that reflection is not solely or purely an activity of philosophers but is an operation of the being in which reflection arises. Reflection thus involves passivity, a theme already implied in Structure of Behaviour, that permeates the Phenomenology, and becomes ever more pervasive in Merleau-Ponty’s later work. The phenomenology of nature is a methodological strategy for addressing this issue, for letting nature lead the way in reflection. It proceeds by studying nature— being as the manifest domain in which we find ourselves and through which we access being— so as to glean conceptual insights as to how being operates, thereby correcting philosophical prejudices. Merleau-Ponty often pursues this sort of strategy. The phenomenology of nature aims to reveal nature participating in reflection, and reflection participating in nature, such that reflection is deeply radicalized and revealed as an operation in and of being, as older than ourselves and our philosophical traditions. In the first epigraph above and other passages Merleau-Ponty urges that this deepening of radical reflection is necessary if our task is rediscovering brute, wild, or raw being making sense in its own way, before we have converted being to the cause of making sense to us and our philosophical and scientific demands. This book’s phenomenology of nature follows Merleau-Ponty’s effort to return to things from within nature, but it takes advantage of recent empirical and conceptual advances in science not available to Merleau-Ponty, thus resuming his critical engagement with science and learning new things from it.