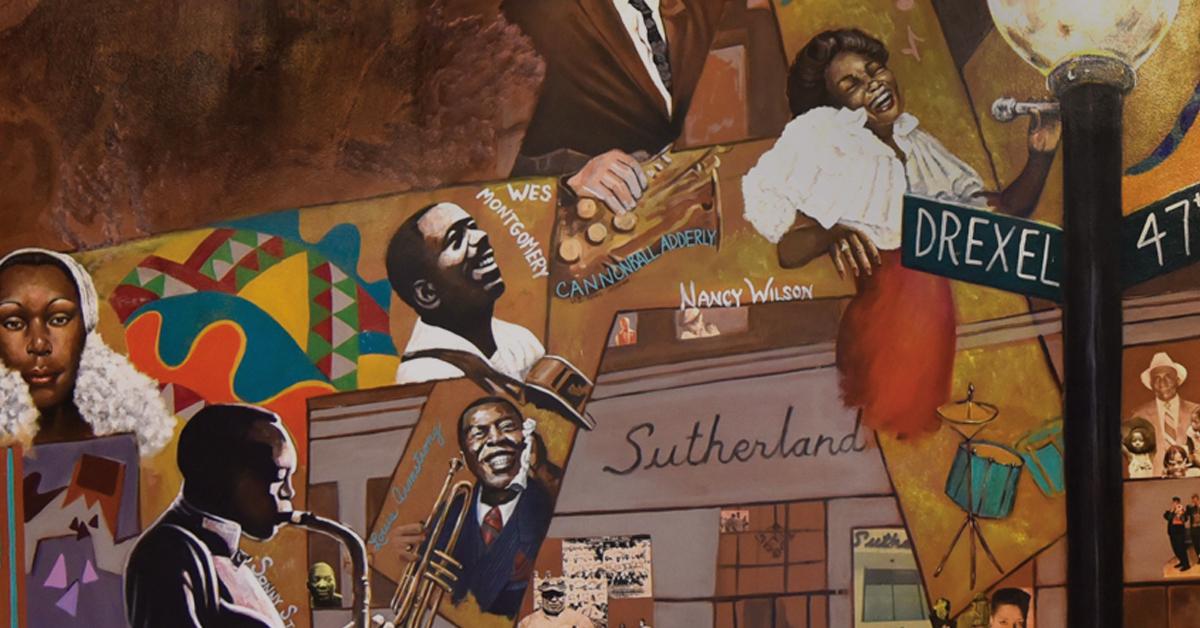 Black leaders, artists, and intellectuals have been instrumental in shaping the city of Chicago. As we celebrate Black History Month, we’ve curated a reading list that encourages engagement with Chicago’s history through the lens of Black ideas, culture, and resistance. With these previously published and forthcoming titles we hope to continue the work of enriching and reshaping Black history and intellectual traditions.

The Wall of Respect: Public Art and Black Liberation in 1960s Chicago 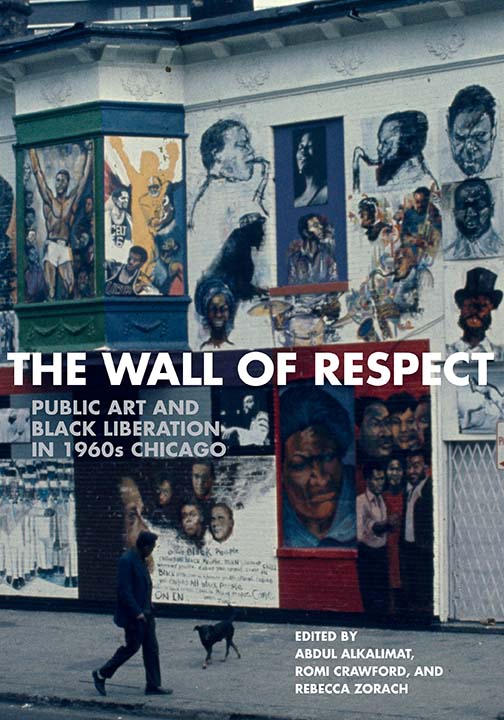 “The Wall of Respect, beautifully designed and abundantly illustrated, is a book long overdue for an often overlooked milestone in American art and culture.” —The Chicago Tribune

The Wall of Respect: Public Art and Black Liberation in 1960s Chicago is the first in-depth, illustrated history of a lost Chicago monument. The Wall of Respect was a revolutionary mural created by fourteen members of the Organization of Black American Culture (OBAC) on the South Side of Chicago in 1967. This book gathers historic essays, poetry, and previously unpublished primary documents from the movement’s founders that provide a visual guide to the work’s creation and evolution.

The Wall of Respect received national critical acclaim when it was unveiled on the side of a building at Forty-Third and Langley in Chicago’s Bronzeville neighborhood. Painters and photographers worked side by side on the mural’s seven themed sections, which featured portraits of Black heroes and sheroes, among them John Coltrane, Nina Simone, Billie Holiday, Malcolm X, Muhammad Ali, and W. E. B. Du Bois. The Wall became a platform for music, poetry, and political rallies. Over time it changed, reflecting painful controversies among the artists as well as broader shifts in the Civil Rights and Black Liberation Movements.

At the intersection of African American culture, politics, and Chicago art history, The Wall of Respect offers, in one keepsake-quality work, an unsurpassed collection of images and essays that illuminate a powerful monument that continues to fascinate artists, scholars, and readers in Chicago and across the United States.

You Need a Schoolhouse: Booker T. Washington, Julius Rosenwald, and the Building of Schools for the Segregated South 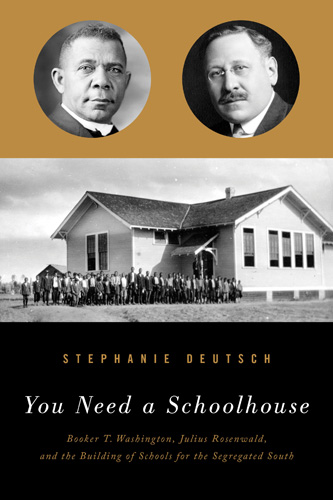 “A moving, inspirational story about an important link in the historical chain that led to the civil-rights movement and a new, more truly democratic chapter in American history.” —Kirkus Reviews

Booker T. Washington, the founder of Tuskegee Institute, and Julius Rosenwald, the president of Sears, Roebuck, and Company, first met in 1911 at a Chicago luncheon. By charting the lives of these two men both before and after the meeting, Stephanie Deutsch offers a fascinating glimpse into the partnership that would bring thousands of modern schoolhouses to African American communities in the rural South in the era leading up to the civil rights movement. Trim and vital at just shy of fifty, Rosenwald was the extraordinarily rich chairman of one of the nation’s largest businesses, interested in using his fortune to do good not just in his own Jewish community but also to promote the well-being of African Americans.

The End of Chiraq: A Literary Mixtape 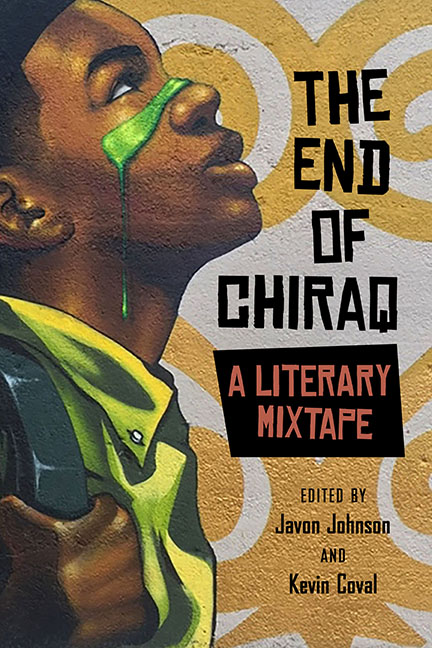 “Because this book focuses on the lived experiences of Black and Brown Chicagoans, it draws on the voices, literary cues, and artist expressions that are part of their lives. As a Black Chicagoan, I was thrilled to see the rhythms and use of Chicago slang (tha’ go and Chiraq) used in this book. It captures a unique voice, which readers (especially Chicago readers) will find compelling.” —Rashad Shabazz, Associate Professor, Social Sciences at Arizona State University

The End of Chiraq: A Literary Mixtape is a collection of poems, rap lyrics, short stories, essays, interviews, and artwork about Chicago, the city that came to be known as “Chiraq” (“Chicago” + “Iraq”), and the people who live in its vibrant and occasionally violent neighborhoods. Tuned to the work of Chicago’s youth, especially the emerging artists and activists surrounding Young Chicago Authors, this literary mixtape unpacks the meanings of “Chiraq” as both a vexed term and a space of possibility.

“If the novel were longer, and more naturalistic, it could become the final part of a Chicago trilogy, the first two-thirds having been written by James T. Farrell and Nelson Algren; for, like the work of these two men, Hog Butcher offers a view of the city’s shame.” —Saturday Review

It’s summer on the South Side of Chicago, and ten-year-old boys Earl and Wilford are frequently courtside watching their role model Nathaniel “Cornbread” Hamilton as he prepares to leave for college on a basketball scholarship. Their world comes crashing down in an alley when two cops—one white, one black—mistake Cornbread for a fleeing burglary suspect. What follows threatens to tear apart the community. Earl and Wilford know what happened, but will they stand up for their hero in a city in which power trumps justice, and each player must decide whether to fold to the system, or risk losing it all? 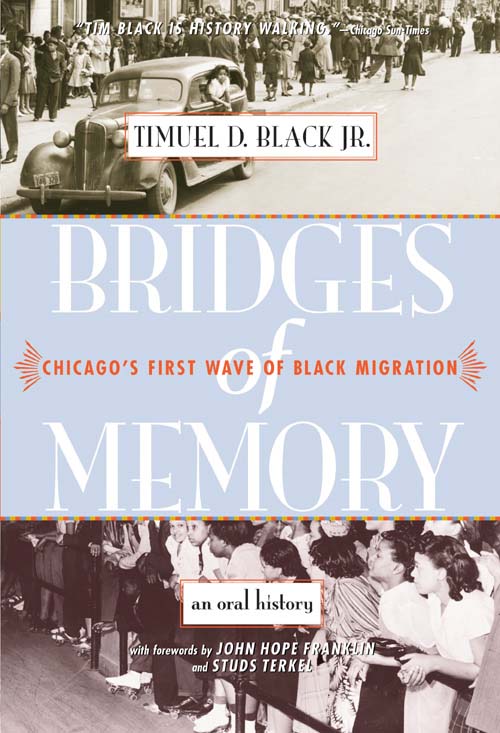 In their first great migration to Chicago that began during World War I, African Americans came from the South seeking a better life–and fleeing a Jim Crow system of racial prejudice, discrimination, and segregation. What they found was much less than what they’d hoped for, but it was much better than what they’d come from–and in the process they set in motion vast changes not only in Chicago but also in the whole fabric of American society. This book, the first of three volumes, revisits this momentous chapter in American history with those who lived it. 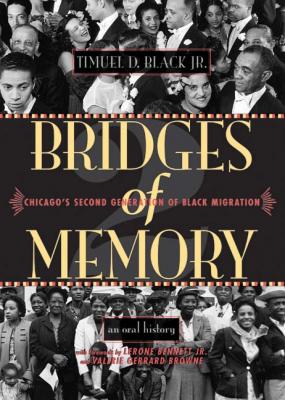 “Black has captured the voices of the near past, and they tell a story as contemporary as our own: that success only comes with struggle, that progress is possible only when our history is both reflected and recognized in our contemporary lives.” —Booklist

In the second volume of Bridges of Memory, historian Timuel D. Black Jr. continues his conversations with African-Americans who migrated to Chicago from the South in search of economic, social, and cultural opportunities. With his trademark gift for interviewing, Black–himself the son of first-generation migrants to Chicago–guides these individual discussions with ease, resulting in first-person narratives that are informative and entertaining.

“This wonderful book of Marc PoKempner’s and Antonio Dickey’s photographs of Harold Washington and the rocky road he traveled to the Mayoralty, plus the perceptive commentary of Salim Muwakkil — is a natural for any thoughtful Chicagoan to have around the house. It has everything: charm, wild kicks in the groin by his opponents, and hope. It is a winning book, not only for African-Americans but citizens of all complexions and faiths.”—Studs Terkel

This handsome book captures in words and pictures the powerful emotions that circled around one man in Chicago in the early 1980’s: Harold Washington. More than one hundred pictures, from candid shots on the campaign trail to triumphant public appearances, give readers a window onto a man who won over an entire city. Washington’s mayoral win represented a faltering of the previously all-powerful Chicago Machine, and his campaign was a part of a larger civil rights crusade that forged unity in the black community in Chicago.

Where I Must Go: A Novel 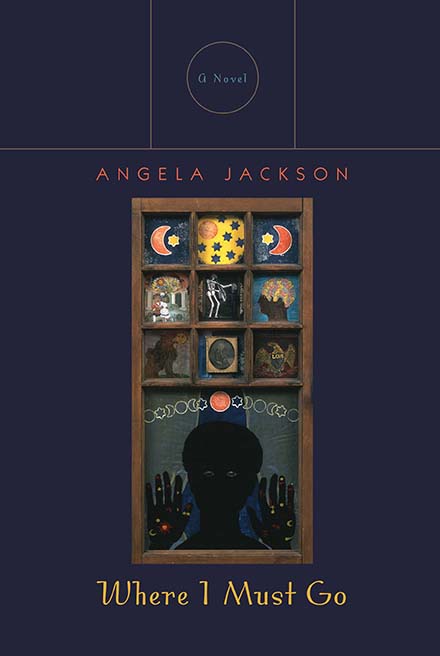 “A novel of deep humanity, tenderness, and wisdom, a delight to read, and a work of great significance for American literature.” —Reginald Gibbons, author of Creatures of a Day, 2008 National Book Award Finalist for Poetry

Lyrical, penetrating, and highly charged, this novel displays a delicately tuned sense of difference and belonging. Poet Angela Jackson brings her superb sense of language and of human possibility to the story of young Magdalena Grace, whose narration takes readers through both privilege and privation at the time of the American civil rights movement.

The novel moves from the privileged yet racially exclusive atmosphere of the fictional Eden University to the black neighborhoods of a Midwestern city and to ancestral Mississippi. Magdalena’s story includes a wide range of characters—black and white, male and female, favored with opportunity or denied it, the young in love and elders wise with hope. With and through each other, they struggle to understand the history they are living and making. With dazzling perceptiveness, Jackson’s narrator Magdalena tells of the complex interactions of people around her who embody the personal and the political at a crucial moment in their own lives and in the making of America.

Roads, Where There Are No Roads: A Novel 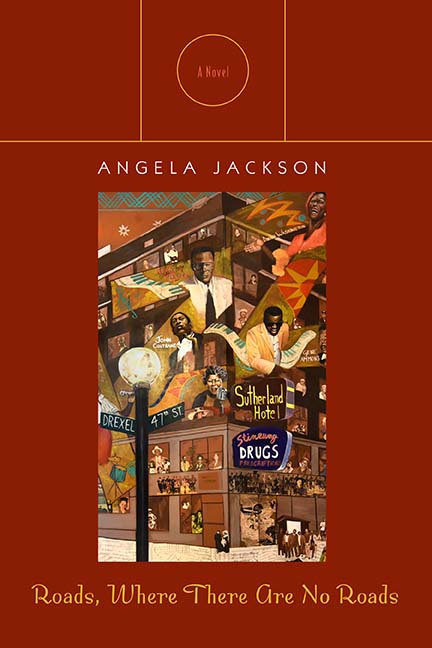 In the sequel to Where I Must Go, Angela Jackson continues the remarkable story of Magdalena Grace. As a black student at the predominantly white Eden University, Maggie found herself deeply involved in conflict. Now, out in the wider world, she and her beloved Treemont Stone evolve into agents of change as they become immersed in the historical events unfolding around them—the movements advocating for civil rights, black consciousness, black feminism, the rights of the poor, and an end to the war in Vietnam. Rendered in prose so lyrical and luminous as to suggest a dream, Roads, Where There Are No Roads is a love story in the greatest sense, celebrating love between a man and a woman, between family members, and among the members of a community whose pride pushes them to rise up and resist. This gorgeously written novel will resonate with readers today as incredibly relevant, uplifting hearts and causing eyes to water with sorrow and delight.

Earl B. Dickerson: A Voice for Freedom and Equality

“This biography sheds welcome light on the man who sat to the left of Martin Luther King at the 1963 March on Washington. Blakely’s straightforward biography makes a meaningful contribution to African-American and Chicago history.” —Publishers Weekly

At fifteen, Earl Burrus Dickerson stowed away on a train in Canton, Mississippi, fleeing the racial oppression of his native South. But Chicago, the boy’s destination, was no haven of racial fairness and equality. His flight north was in fact the beginning of a journey that would last a lifetime–and would forever pit Dickerson against the forces of racial injustice. Earl B. Dickerson’s story, told here for the first time, is one of courage and character, of remarkable accomplishment in the face of terrible odds; it is also emblematic of the twentieth-century struggle for civil rights–a crucial chapter of African American history as it was lived by one uncompromising individual.

“In the tradition of his fictional ancestors, Dostoevsky and Faulkner, [Colter] has produced a work which uses the world of everyday reality in a manner beyond the scope of journalism or sociology–as an entrée to the soul.” —

Set in a Chicago seething with physical and psychological violence, Cyrus Colter’s The Hippodrome is an examination of power and exploitation and their entanglement with sexuality. Yeager has murdered his wife and her white lover. Fleeing the police, he is both offered refuge and held captive in the Hippodrome, a ghetto house where a troupe of blacks stage sexual theater for white audiences. Colter’s subtle treatment of the subject matter, and his careful delineation of his character’s motives, make The Hippodrome a classic of modern fiction.