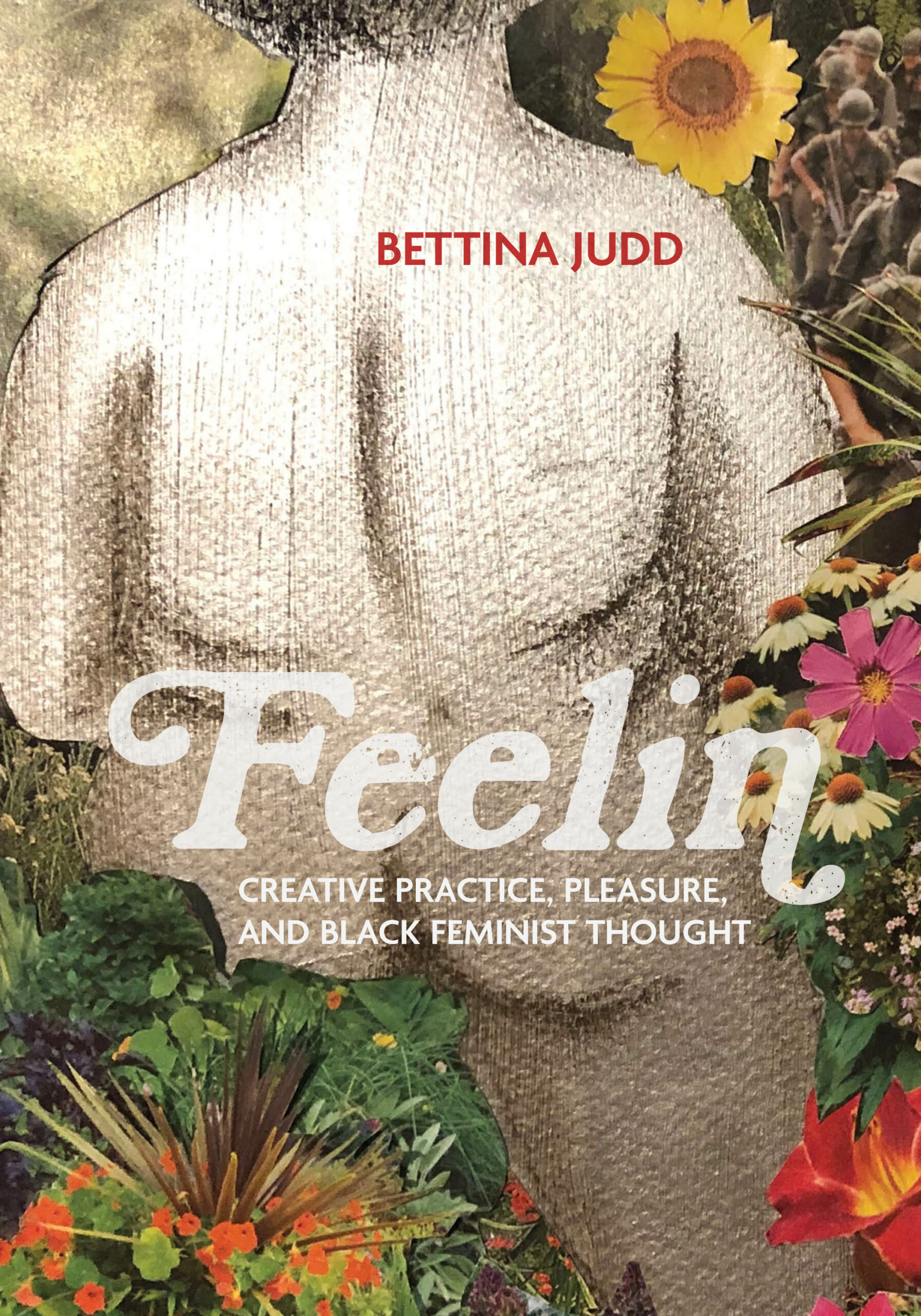 Feelin: Creative Practice, Pleasure, and Black Feminist Thought makes a bold and vital intervention in critical theory’s trend toward disembodying feeling as knowledge. Instead, Judd revitalizes current debates in Black studies about the concept of the human and about Black life by considering how discourses on emotion as they are explored by Black women artists offer alternatives to the concept of the human. Judd expands the notions of Black women’s pleasure politics in Black feminist studies that include the erotic, the sexual, the painful, the joyful, the shameful, and the sensations and emotions that yet have no name. In its richly multidisciplinary approach, Feelin calls for the development of research methods that acknowledge creative and emotionally rigorous work as productive by incorporating visual art, narrative, and poetry.

Bettina Judd is an interdisciplinary writer, artist and performer whose research focus is on Black women’s creative production and our use of visual art, literature, and music to develop feminist thought. She is currently Associate Professor of Gender, Women, and Sexuality Studies at the University of Washington. Her poems and essays have appeared in Feminist Studies, Women’s Studies Quarterly, Torch, Mythium, Meridians and other journals and anthologies. Her collection of poems titled patient. which tackles the history of medical experimentation on and display of Black women won the Black Lawrence Press Hudson Book Prize and was released in November of 2014. As a performer she has been invited to perform for audiences within the United States and internationally.

Dr. Dian Million (Tanana Athabascan) is an Associate Professor in American Indian Studies and an Affiliated faculty in Canadian Studies, the Comparative History of Ideas Program, and the English Department at UW. Dian Million’s most recent research explores the politics of mental and physical health with attention to affect as it informs race, class, and gender in Indian Country. She is the author of Therapeutic Nations: Healing in an Age of Indigenous Human Rights (University of Arizona Press, Critical Issues in Indigenous Studies Series, 2013) as well as articles, chapters, and poems. As an active writer and poet she strives to bring experiential and felt thought to classrooms. Dian Million has been part of an ongoing Indigenous conversation on theory and Native studies. Million is the author of “Felt Theory: An Indigenous Feminist Approach to Affect and History,” “Intense Dreaming: Theories, Narratives and Our Search for Home,” and most recently “A River Runs Through Me: Theory from Life” in Theorizing Native Studies (Audra Simpson and Andrea Smith, Eds., Duke University Press, 2013). She teaches courses on Indigenous politics, literatures, feminisms and social issues.