An excerpt from The Blackademic Life: Academic Fiction, Higher Education, and the Black Intellectual

So what does it mean to say that Blackademic Lives Matter? 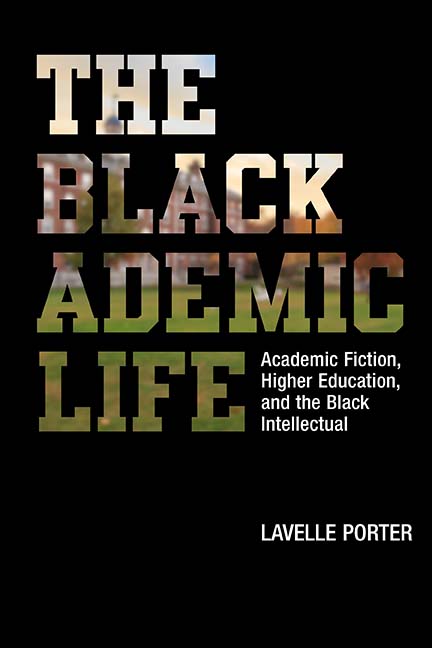 Blackademic: A portmanteau of “black” and “academic.” My first literary encounter with the word was in Mat Johnson’s academic novel Pym, but I’m sure he was not the first to use it. It is a word that has long been floating around the internet as a term of solidarity among black students and professors. We all understand that no matter where we are located, even on majority-black campuses, we represent only a small portion of the professoriat. According to a 2013 report from the U.S. Department of Education’s National Center for Education Statistics, African Americans account for 6 percent of full- time faculty in America’s postsecondary institutions (with black women accounting for half of that 6 percent).

Though my focus is on formal higher education, I have strived toward a conception of the academic that is not an exclusionary one. The history of black scholarship is a history of independent black intellectuals working on the margins of an academy that was often hostile toward and dismissive of their work. Despite the gripes of conservatives in the culture wars— which Ishmael Reed satirizes in his 1993 academic novel Japanese by Spring— it hasn’t really been that long since scholarship on African American literature, culture, and history has been taken seriously in academia. Black studies is hardly the dominant presence that culture warriors invent in their strident political screeds. I confess that there are times when maybe I conflate intellectual and academic more than I should, no matter how much I know I should contextualize the term with the help of Antonio Gramsci, bell hooks, Harold Cruse, and Jerry Watts. However, one thing that draws me to academic fiction is the way that this work affirms the importance of the college as a site for the institutionalization and dissemination of knowledge. Rather than retreating from the academy and declaring it a space for hopeless sellouts, these works constitute a documented record of how black intellectuals have brought the fight to the Ivory Tower and have insisted on making spaces for themselves, whether at black colleges or at white colleges that originally excluded them. They show why the fight for the university is a worthy struggle, even as they may hold on to doubts about its political efficacy as a site for liberation.

Lives: Being neither a biologist, cosmologist, nor theologian, I won’t claim to speak to the definition of life on those terms. But in the context of academia one finds in the literature various invocations of the term “the academic life.” Cynthia Franklin’s Academic Lives: Memoir, Cultural Theory, and the University Today is a study of the academic memoir, a genre very closely related to the academic novel (and some might say too closely related, since the dominant mode of “literary realism” in academic novels often means its authors use names of real professors and institutions, or use pseudonyms so thin they might as well be real names). To me, the word “life” in this academic context involves ideas of intention, purpose, and mindfulness. What does it mean to devote one’s energy and substance to this profession? What does it mean to make a choice to devote one’s finite time in this earthly form to the purposes of scholarship and teaching? I think one of the most eloquent statements about the academic life comes from the terminally ill Dr. Vivian Bearing, the professor of English in Margaret Edson’s academic play Wit, who speaks of “the contribution to knowledge” as the most profound act of her life.7 In her case that contribution included her scholarship, her teaching, and even the very substance of her body, which she gives over as a sacrifice to medical research on the aggressive ovarian cancer that would eventually take her life. There are similarly poignant stories of sacrifice in black academic novels, of people who gave their lives to the cause of education and uplift, for whom academia was not just a profession but also a calling and a critical site in a multigenerational struggle for equality and liberation.

Matter: “To matter” is to make a difference, to have meaning and purpose. I am also thinking of “matter” and “life” in materialist terms related to the body and labor. The biopolitical history of America is one in which the black body is solely a material resource for white wealth extraction. In Thomas Jefferson’s infamous Query XIV in Notes on the State of Virginia he argued that blacks were essentially born to be beasts of burden, that they didn’t suffer in the heat, that they had animalistic sexual appetites, and that even if one of them, like the poet Phillis Wheatley, managed to become literate and attempt to write, at best her work could achieve only cheap imitation and never reach the intellectual accomplishment of imaginative literature. When black bodies were shipped to the Americas as part of a massive project of capitalist profiteering, the enslaved were not considered persons at all but raw material in this enterprise. The university was also part of that capitalist slave economy, and Craig Steven Wilder’s sobering 2015 book Ebony and Ivy: Race, Slavery, and the Troubled History of America’s Universities has shown the extent to which universities in their early years were funded by the transatlantic slave trade and functioned as the ideological wing of a racial capitalist enterprise. That raises the question— what does it mean to have black bodies in these same spaces that were built, in part if not in whole, for the perpetuation of racial capitalism? This is a concept that student activists are addressing now as they challenge their institutions to consider what it means to have their black students living and studying in buildings named for slaveholders and slavery apologists, such as the students of Middle Tennessee State University, who successfully protested to change the name of Forrest Hall, a building named for Nathan Bedford Forrest, a Confederate general and early leader of the Ku Klux Klan. Since the days of Olaudah Equiano and Phillis Wheatley, black writers have been writing against regimes of domination and dehumanization. Black academic novels not only participate in this tradition of using writing and education as tools of liberation but also call attention to the ways that practices of literary production have historically been bound up with racialized thinking.

In the pages that follow I show how and why Blackademic Lives Matter, why blackademic novels matter, and I share some of the lessons I’ve learned by spending time with these books. And to paraphrase something that the activists in the Black Lives Matter movement have argued, ceaselessly, against their most obtuse critics: to say that Blackademic Lives Matter does not mean these are the only lives that matter. I won’t even dignify the foolish argument that focusing on black people means I’m being antiwhite. More importantly, I do not wish to reify an elitist vanguardism of “the talented tenth,” an idea that privileges educated, respectable black people over other members of the group. Black academic novels deal with higher forms of education and therefore often deal with black people of academic achievement who move in elite spaces, but they also contain numerous criticisms of the respectability, elitism, and colorism that have afflicted black politics. One of the most valuable aspects of this project has been the opportunity to review the variety of strategies that black intellectuals have used to define their own political roles as intellectuals. 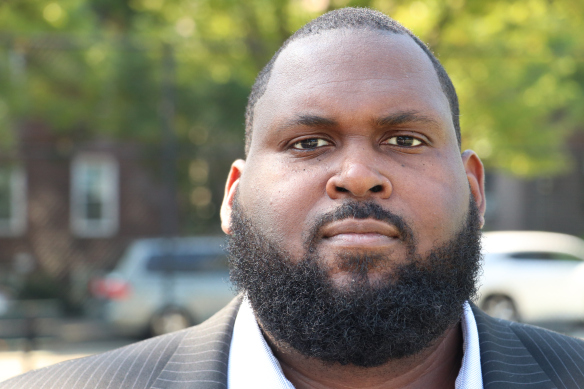 LAVELLE PORTER was born and raised in Meridian, Mississippi. He now holds a Ph.D. in English from the CUNY Graduate Center and a B.A. in history from Morehouse College. His writing has appeared in venues such as The New Inquiry, Poetry Foundation, and JSTOR Daily, and he is a blogger for Black Perspectives. He serves on the Board of Directors of the CLAGS Center for LGBTQ Studies. He has also worked as a licensed New York City walking tour guide, and has taught courses on NYC literature and history.

From the introduction to The Blackademic Life: Academic Fiction, Higher Education, and the Black Intellectual by Lavelle Porter. Copyright © 2020 by Northwestern University Press.