In his writings on the philosophy of history, the Swiss cultural historian Jacob Burckhardt (1818–1897) described crises as “accelerations of historical processes.” According to him, historical crises such as wars or political revolutions did not entail a complete breakdown of historical developments, but rather, an increase in their intensity.

The historical process is suddenly accelerated in terrifying fashion. Developments which otherwise take centuries seem to flit by like phantoms in months or weeks and are fulfilled.

Interestingly, Burckhardt compared crises to “epidemics” where “infection flashes like an electric spark over hundreds of miles  . . . the message goes through the air . . . things must change.”

As I am writing this blog in April 2020, the COVID-19 epidemic has become a global pandemic. Particularly in the Western world, the situation resembles the moment of crisis described by Burckhardt. Everything is accelerating at a phenomenal pace: existing technologies in teleworking are being adopted; new forms of online teaching are being put to use; many are trying to find new ways to connect with their loved ones from a physical distance. Amazon is hiring one hundred thousand new employees to cope with the incredible surge of demand for online deliveries.

In global politics also, the coronavirus epidemic has intensified, rather than transformed, many ongoing developments. What we are witnessing is indeed a resurgence of the nation-state as a continuation to the increased protectionism of the 2010s and the overall deterioration of a rule-based system in the age of Trump and Brexit. International institutions such as the WHO are simply weaker and unable to generate a joint response at the national level. Borders and walls are in the making.

Life, learning, and leisure—all are changing at a rapid pace.

The German philosopher Edmund Husserl also wrote in a time of crisis. Following the devastating experience of the First World War, Husserl’s philosophical project—phenomenology—went through a radical reorientation both in style and substance. In contrast to his earlier works, focusing on themes such as meaning and subjectivity, Husserl’s post-1919 works were defined by a heightened interest in questions of normativity, communality, and history. All of these topics crystallized in Husserl’s reflections on Europe from the early 1930s onwards.

In my book Husserl and the Idea of Europe (Northwestern University Press, 2020), I argue that for Husserl, this postwar crisis was not simply a negative experience. Instead, the crisis provided an important incentive to rethink the basic principles of modern rationality and its ostensible collapse in an age of havoc and national egoism. This was due to the fact that Husserl understood crises not so much as destructions of meaning but as their “emptying”: we realize that we have been living according to beliefs and convictions that we cannot fully justify. 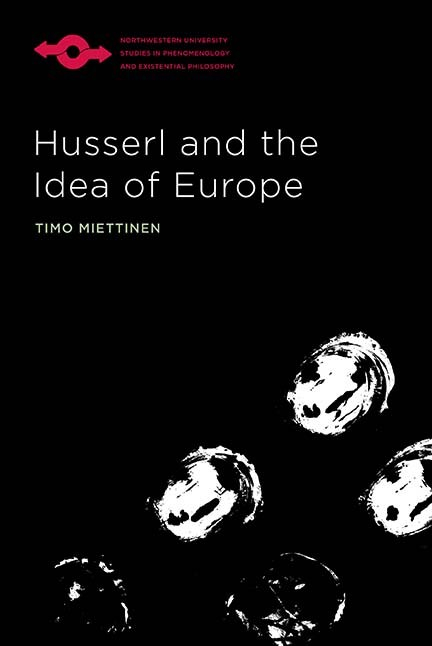 According to Husserl, the very idea of rationality had gone through such an emptying. Following the triumph of the modern natural sciences, rationality had lost many of its normative or ethical connotations, becoming primarily a tool of control and calculation. This did not mean, however, that rationality ought to be abandoned. Instead, reason was to be conceived again in its full sense as the overarching responsibility for one’s cognitive, practical, and political judgments.

Here, the problem of community turned out to be of particular importance. Already in his writings of the late 1910s, Husserl began to emphasize the role of other subjects at the most fundamental levels of apprehension: our ability to constitute an objective world is intimately tied to an awareness that there are others who possess similar perceptual capabilities. What I am as a person and how I constitute the world is fundamentally dependent on others.

This was not simply a theoretical observation. Ethical thinking, too, was to be rethought on the basis of this fundamental interconnectedness of subjective viewpoints. Following the vocabulary of his time, Husserl called this social ethics. We cannot judge our actions simply on the basis of the idea of an isolated subject making rational choices. Instead, we need to understand ethics as a fundamentally communal practice of mutual assistance and critique.

Is not something similar at stake with our responses to COVID-19? For decades, our thinking about health—particularly in the Western world—has been conducted on the basis of an individual, even isolated subject. We carry the responsibility and the risk primarily for those decisions that we make by ourselves. I can increase my health by doing the right things. In contrast, by smoking cigarettes I am primarily hurting myself; through unhealthy eating it is I who suffer . . .

All of this has major political implications. Institutions such as insurance companies then calculate risks on the basis of our personal situation. The older I am, the unhealthier my lifestyle is, the bigger the insurance premium.

Epidemiological crises, however, are of a different sort. They are far less dependent on the individual choices of individual persons. None of the restrictions make sense if they are only followed by a small number of people. As in the case of vaccinations, for instance, in order for measures to be effective, more than 90 percent of the population needs to follow them. Moreover, the risks are distributed unevenly: those who take the biggest risks (for instance, by not following recommendations for social distancing) are not necessarily those who suffer the most.

The COVID-19 crisis necessarily entails a communal response. The problem is, however, that these kinds of responses are incredibly difficult to coordinate. This especially concerns liberal-democratic societies that rely on fundamental rights to conduct one’s life according to one’s wishes. But even in the most totalitarian societies, it is simply impossible to monitor hand hygiene or control every single human encounter.

In the age of epidemiological crises, we need trust—both in institutions and other human beings.

As I show in my book, Husserl’s heightened interest in problems of community did not take away the idea of individual responsibility. Instead, the new dynamism between the individual and the community led him to reconceive the scope of individual responsibility to encompass a wider horizon of other subjects. I am not simply responsible for my own beliefs, deeds, and judgments, but also for creating and promoting a society in which everyone is able to do the same: to reflect on their beliefs and actions freely.

And, as Husserl argued, this was what philosophy had been about already since its inception in ancient Greece: a radical practice to reflect on our convictions in the spirit of mutual assistance.

What is perhaps reassuring for our own situation is that these phenomena of trust and communal cooperation are not universal constants. They vary according to historical circumstances, and they are dependent on social models and political institutions. And it is exactly the moment of crisis that can help us to reflect on how well our current institutions serve us.