In a publishing environment that increasingly favors middle-of-the-road, low-risk, high-return books, university presses are among the few publishers that find, tell, and highlight important regional stories that would otherwise go untold. An example here at NU Press is Lee Bey’s Southern Exposure. 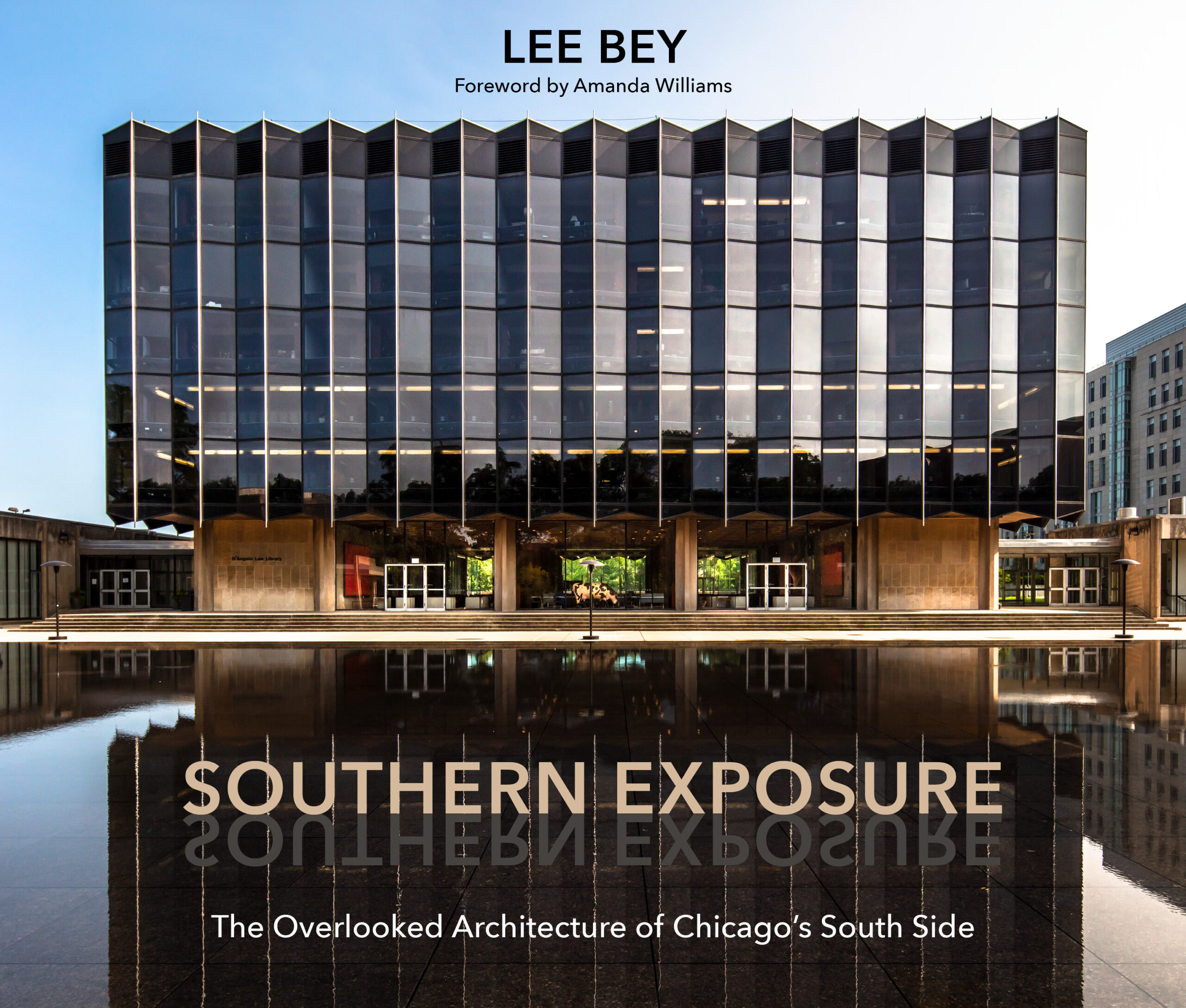 The book is an insightful and illustrated guide to the glories of Chicago’s South Side’s built environment. Often dismissed or derided as a place of abandonment and violence, the South Side is the origin of many of the most iconic elements of Chicago culture and home to many of its most storied architectural landmarks.

In the book, Bey, a former Chicago Sun-Times architecture critic who also served as deputy chief of staff for urban planning under Chicago mayor Richard M. Daley, traces the story of the South Side, which despite decades of disinvestment, is home to many architectural treasures that await rediscovery by travelers to Chicago and architecture aficionados.

The cover features the D’Angelo Law Library on the campus of the University of Chicago. Designed by Eero Saarinen, the building has graced Hyde Park since 1959. Another mid-century classic is the Chatham neighborhood’s Pride Cleaners (right), an unforgettable example of bold, futuristic style. Designed by Gerald Siegwart, the building’s hyperbolic parabaloid concrete roof continues to attract fans and admirers at the corner of Seventy-Ninth Street and St. Lawrence Avenue.

In addition to numerous classic and innovative businesses, the book also tours public parks and beaches, homes and residences, and places of worship. A fascinating example is the First Church of Deliverance at 4315 South Wabash. Originally constructed at a hat factory, in 1939 Walter Thomas Bailey partnered with black structural engineer Charles Sumner Duke to remodel and expand the building. They doubled the building’s width, added a second story, and refaced the façade in white terra cotta.

In Southern Exposure, Bey and Northwestern University Press celebrate the vibrant and resilient culture of Chicago’s South Side, offering a luminous example of how university publishing can spotlight unsung stories from our shared history.