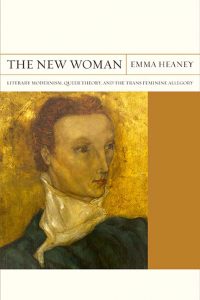 The Hemingway house on Key West is a sunny square house surrounded by a wrap around porch on both the ground and second floor. It was built in 1851 for a ship builder and wrecker who would become an ardent Confederate during the Civil War. I have visited twice: The first time was during high season for Florida tourism. On that visit all the tour guides and ticket takers were Hemingway look-alikes. Ours was a Hemingway in his white-bearded Papa phase. The second time was out of season and our tour guide was not a look alike.

Both tours emphasized Hemingway’s constitutional vigor and athletic prowess, telling his life story as an arc from his ambulance driving days during WWI to his later life as a fisher of big fish in Cuba and a hunter of big game in Utah. Both tours emphasized what a ladies’ man Hemingway was, a story that was woven through with comments about the necessity of moving from woman to woman as each spouse became a nag. The first guide mopped his sweaty brow and held up a flask that he told us was full of rum and drank a toast to Hemingway’s second wife, or as our guide addressed her in absentia “Pauline, you bitch” who, he informed us, had replaced the house’s ceiling fans with imported crystal chandeliers and consigned generations of her husbands’ doppelgangers to unnecessarily sweaty work.

Both guides also emphasized the close relationship between Hemingway and his youngest child, Gregory Hemingway, who, our guides told us, was also a “ladies’ man” and like Father Hemingway enjoyed sport and hunting. What our guide did not tell us is that this child was, in fact (and not in the Hemingway House’s revisionist fiction) a trans woman who often went by the name Gloria Hemingway and pursued and attained gender-affirming surgery shortly before her death in 2001. The fact that surgery came toward the end of Gloria’s life does not mean that her female identity was only revealed at that late point. Gloria Hemingway’s female identity was known to her father from the time of her youth and he experienced great anguish when faced with this fact. In fact, Pauline Hemingway died of an aneurysm while fighting with Ernest about the arrest of their then nineteen-year-old child for using a women’s restroom in a movie theatre in Los Angeles in 1951.

I bring up the Hemingway House tours as a segue into my newly published book, The New Woman,  because this experience helped me to identify the process of  the daily cultural erasure of the trans feminine existence. The trans woman has always been, for the entire duration of time that trans womanhood has been recognized as categorically distinct from cis womanhood, new. From the tones of discovery and disbelief in the sexological texts of the nineteenth century to the couches of Maury Povich and Ricki Lake: trans women’s existence has consistently been presented as a factor that disrupts a supposedly established set of rules concerning sex. The fact is, however, that what has been historically consistent is this routinized erasure, the insistence on the impossibility or nonexistence of trans women, which is the condition of that supposed universality of cis experience in history. This historical erasure makes the trans feminine available for cis people to discover again and again and imbue with totalizing meaning, again and again.

Modernist  literature was a particularly dense site for the process of erasure and rediscovery of trans femininity. Writers often posited a link between the formal and thematic newness of their work and the existence, posited as shocking and quintessentially modern, of trans femininity. Trans femininity as a new concept is made to represent a way of working out the ways sex and gender are changing, again a premise of newness that takes for granted that previously gender had been simple and fixed. Second, the experience perfectly reflects the fact that misogyny (Pauline’s status as a bitch) is often one of the social facts that trans femininity is evoked to investigate on the conceptual level: cis women have real experiences of denigration, so how can the idea of “a woman trapped in a male body,” of “sex change” help us to explore that claim on the conceptual level in the works of say, Joyce, Eliot, and Barnes?

The book also attends to things written by trans women—from the early twentieth-century memoirist Jennie June to Janet Mock’s recent writings—that have likewise been minoritized or erased, allowing these regular rediscoveries across the twentieth century. I hope my readings of trans feminine life writing and political writing from the early twentieth century and the late twentieth century will spark further investigations and shakings of archives to find more. Just as I went to The Hemingway House and found Gloria there, despite efforts to hide her from historical view.